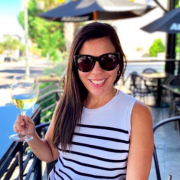 Vintae Serves Up Spain’s Past & Future

With climate change a reality, England has become a prime place to grow cool-climate grapes, like Chardonnay, Pinot Noir, and Pinot Meunier for sparkling wines. Vineyards are becoming a common sight across the English countryside. One man who is having success with this new category, English Sparkling Wine, is wine critic, author, and British wine merchant, Steven Spurrier. He’s also famously known for organizing the historic Paris Wine Tasting of 1976. But here, he discusses his latest venture, Bride Valley Sparkling Wines, based in Dorset, England, and what it takes to start a vineyard in the UK.

Jamie Knee: How did you transition from being a wine educator to starting your vineyard making sparkling wines?

Steven Spurrier: In 1982, we decided to move back to England from Paris as a family to educate our children. We had a big house in London, and my wife Bella said, “If we are going to have a big house, I’d rather it be in the country.” We started to look around the countryside, and on the advice of my mentor Michael Broadbent, we met with people who were selling their house in Dorchester, where I am now. I loved it; it was a lovely Victorian Georgian house with a nice cellar. My wife said we couldn’t buy it because there was no place for her horses, which she wanted to breed. The owners stated that a farm became available at the end of the village and we bought the house and the “200-acre” farm next to it.

JK: Did you know you were going to plant a vineyard?

SS: Walking around the farm, I saw a huge amount of chalk in the soil. I was going back and forth to Paris at the time, to the school I ran, Académie du Vin. I put a few blocks of chalk in my pocket and took them with me to Paris. I put them on the desk in front of my colleague Michele, and I said, “Michele, where do you think these are from?” He said, “Well, of course, Champagne.” And I said, “No, they are from South Dorset.” Michele said, “In that case, you should plant a vineyard.”

JK: How did they come to fruition?

SS: I didn’t at the time, but I had my friend from Chablis come over and take a sample back with him for analysis. It came back that the soils would be good for Chardonnay or any cool-climate grape like Pinot Noir; this was in 1987 or 1988. Time passed, and in 1996 I was invited to the opening ceremony for the International Wine & Spirit Competition awards. As I walked in, the chairman hands me a glass of something, and asked what do you think this is?  I look at it, smell it, taste it. I said, well, Champagne, Chardonnay, probably a Grand Cru. I said, why? It was Nyetimber! Yes, an English Sparkling Wine had beat all the top Champagnes. And Nyetimber is still the benchmark; it’s still the leading brand we have. And then, in the late 90s, several vineyards in the area were planted, including Ridgeview, which I particularly like, and it won the gold medal at the Decanter World Wine Awards in 2006. I thought, okay, now, it’s time.

JK: What was your first step in establishing a vineyard?

SS: I prepared a dossier with as much information about Champagne as possible showing our geographical position on the farm, only a half-hour from Kimmeridge, the town that Champagne soils are named after. We have the true Kimmeridgian chalk. I presented the dossier to my friends, Jean-Claude and Jean-Charles Boisset, and thought it was a great idea. They sent their people over three times to try to do a joint venture, but they wanted at least “70 acres.” It didn’t work out, but their advice was, you and Bella plant the ten hectares, “25 acres.” Buy your vines from Burgundy, from the supplier who supplies the Domaine Romanée-Conti. Then you take the grapes to Furleigh Estate, 20 minutes away to Ian Edwards. 2012’s winemaker of the year, and if all goes well, we will buy your wine.

JK: Can you tell us about the growth of production until your most recent vintages? What did you find, and what did you learn?

The vines are almost ten years old on average; they now know what they have to do. They are reaching maturity, and I think over ten years, we will get one bottle per vine, if not more. Volume-wise, the panic is over. Quality-wise, the flavor of the juice is getting so much better.

JK: What varieties have you planted?

JK: Are there any rules with planting in Dorset?

SS: No rules. But there’s a huge amount of planting. In 2009, only “1,000 hectares” in England were planted, and now, there are “5,000 hectares.” Last year, there were 3 million vines planted, and it’s going much too fast. That’s 3 million bottles of wine trying to find a home. I’m not worried about the established brands, but we are small with only 10 hectares. The big guys will have to cut their price to get market share, which is not what I’m going to do. If anything, I’m going to put my price up. You can’t afford to make the kind of wine I want to make by cutting corners.

JK: You sell a crémant. Is crémant made the same way as a Champagne?

SS: A crémant has one-third less fizz. Champagne has up to six bars, and crémant is not allowed to go past four. Mine has 3.8 bars of fizz. Crémant in French means creamy, and that is the goal. My crémant is a blend of my 2015 and 2016 vintages, which produce the right effect. I didn’t want the wine to flow onto the palate in an aggressive manner. This crémant flows. It’s the only English crémant; nobody else in UK is doing this. I was told I could not use the name crémant from the French government, since it’s French-specific. But I was informed by a colleague that since I have a specific vineyard in a specific area, I can apply for my appellation and call it Dorset Crémant. So, we became only one of a dozen English Wines with its appellation.

JK: Was there any hesitation with being so renowned as a critic to starting your vineyard and now having your sparkling?

SS: Well, the only hesitation was now I was on the selling side and presenting to the journalists. But my colleagues Oz Clarke, Jancis Robinson, and Jamie Goode all liked it. They wouldn’t have spared me if it wasn’t good. Over the years, I used to walk around the farm. It’s in a big bowl and from the top of the land, you can see out to the sea, only about three miles away. All the vineyards are planted in the lower part of the bowl, and as I used to walk around the farm, I would imagine vineyards there. I knew I wanted them there. It was also a sheep farm that was losing money, and I said, I want to turn this money-losing sheep farm into a profitmaking vineyard. I think we will be seeing a profit by the end of next year.

In addition to the Dorset Crémant, Bride Valley Vineyards has two additional sparkling wines, including the Blanc de Blancs 2016 and the Rose Bella 2015. The 2017 Vintage will be available soon!