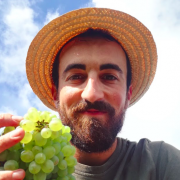 The Azores islands have always been a special region. Blessed with a unique biodiversity, combined with its remote location, this small natural sanctuary was brought to life by those adventurous enough to sail on these waters since ancient times. Due to its geographical location, the nine major islands that make the archipelago have played a crucial role in global trade. Formerly used by the Portuguese Empire in the early 16th century, they were integral to beginning the country’s known period of maritime expansion, which led to the region’s colonization. Even now for instance, the United States has a presence on Terceira island at the Lajes airbase.

Considered to be the North Atlantic’s epicenter, a considerable amount of trade routes established in the Northern hemisphere between the American and European Continents stopped at the Azores; this is something the region benefited from due to its limited economic focus on agriculture and livestock. After the arrival of the first group of settlers from the mainland, it didn’t take long until the first rootstocks found their way to the islands.

According to Macedo (1981), the first rootstocks arrived in 1470 from the Mediterranean island of Cyprus to both São Jorge and Pico island. However, other texts such as Rebello (1885) suggest that the first ones arrived from Madeira Island. Even if there’s no certainty about the origin of these vines, we know that the oldest native variety in the region, Verdelho, is genetically identical to the one present on Madeira Island, which is still used today for the production of Madeira wine. For these first settlers, according to Avellar (1902), the vineyards were planted on soils that weren’t suitable to grain crops.

For almost 400 years, viticulture and wine production flourished, and wine trade played a central role in the region’s economy being exported to the US, Brazil and even Russia. All of the nine islands of the archipelago had a significant amount of vineyard area. Wine was not only meant to be exported but it was also an important part in people’s everyday lives. Small private cellars have been abandoned and lost in the breathtaking landscape, leaving traces of this centenary tradition in most rural areas of the Azores.

The decline in viticulture began in the mid-19th century with the arrival of oidium or powdery mildew from North America. Where tens of thousands of barrels of wine were once produced, only a few hundreds were now filled. Landowners desperately sold their lands, and new owners built their houses. Genetic material from old vines was lost. Varieties once used disappeared. The collapse of the economy, on which so many depended, caused a population reduction. However, and despite the disastrous consequences from New-World diseases, hope also came in the form of Vitis labrusca.

This native American grapevine species arrived on Pico island in 1870. The Marquis of Praia and Monforte planted the first thousand rootstocks. Despite being classified as low-quality varieties from an oenological point of view, the first ones rapidly became widespread throughout the four corners of the archipelago, replacing most of the European cultivars devastated by the effects of oidium.

Varieties like Isabella, still present today and naturally resistant to these pathogenic agents, rapidly became the most widely-planted grapes on the Azores. Pest management solutions to control oidium weren’t discovered in the European continent that was suffering from this crisis, like the application of sulphur. On all islands, each family began to own small portions of land where these vines are present, either for the consumption of grapes in natura or for the wine production from this species, called ‘Vinho de Cheiro’ (wine of scent).

From this perspective, most of the time, the producer is also the consumer of its products. While the majority of them don’t possess knowledge about winemaking, this gives ‘vinho de cheiro’ a bad name. Since they operate on either satisfying nutritional needs or in the name of tradition, the concern for quality is minimal and sometimes non-existent. In this case, the objective is to have a fermented beverage that can be considered drinkable by any means possible. The final result is a beverage with low final alcohol (6 to 10 percent) that can rapidly become spoiled and turn into vinegar due to the absence of preservatives like sulfur dioxide.

While the European Union forbids the trade of these wines within its borders, they are still sold to the Azorean communities in Canada and the US, and also within the archipelago in very small quantities. Moreover, religious festivities and celebrations are the only ones that seem to keep the production of ‘vinho de cheiro’ flowing. European monastic orders were the ones to save so many varieties and preserve viticultural practices at the beginning of the Middle Ages with the fall of the Roman Empire.

It is visible that these wines, produced by this American species of grapevine, paved its way into the Azores’ culture, even if they’re still in decline. Years after the arrival of oidium, despite having become widespread on all nine islands, the import of these American vines brought the arrival of a disease that dictated the collapse of the European wine industry, phylloxera.

After this event, wine production was narrowed to the islands of Pico, Terceira (Biscoitos), and Graciosa, giving rise to the first three appellations for the production of quality wines. While the European Union and local authorities’ efforts were focused on restoring the viticultural landscape in the preservation of the Vitis vinifera varieties, Vitis labrusca’s wines will always be a part of the Azorean identity, representing the resilience of the Azorean people. Even isolated in such a remote location, they use their site as the bridge between two continents to get the best of both worlds.