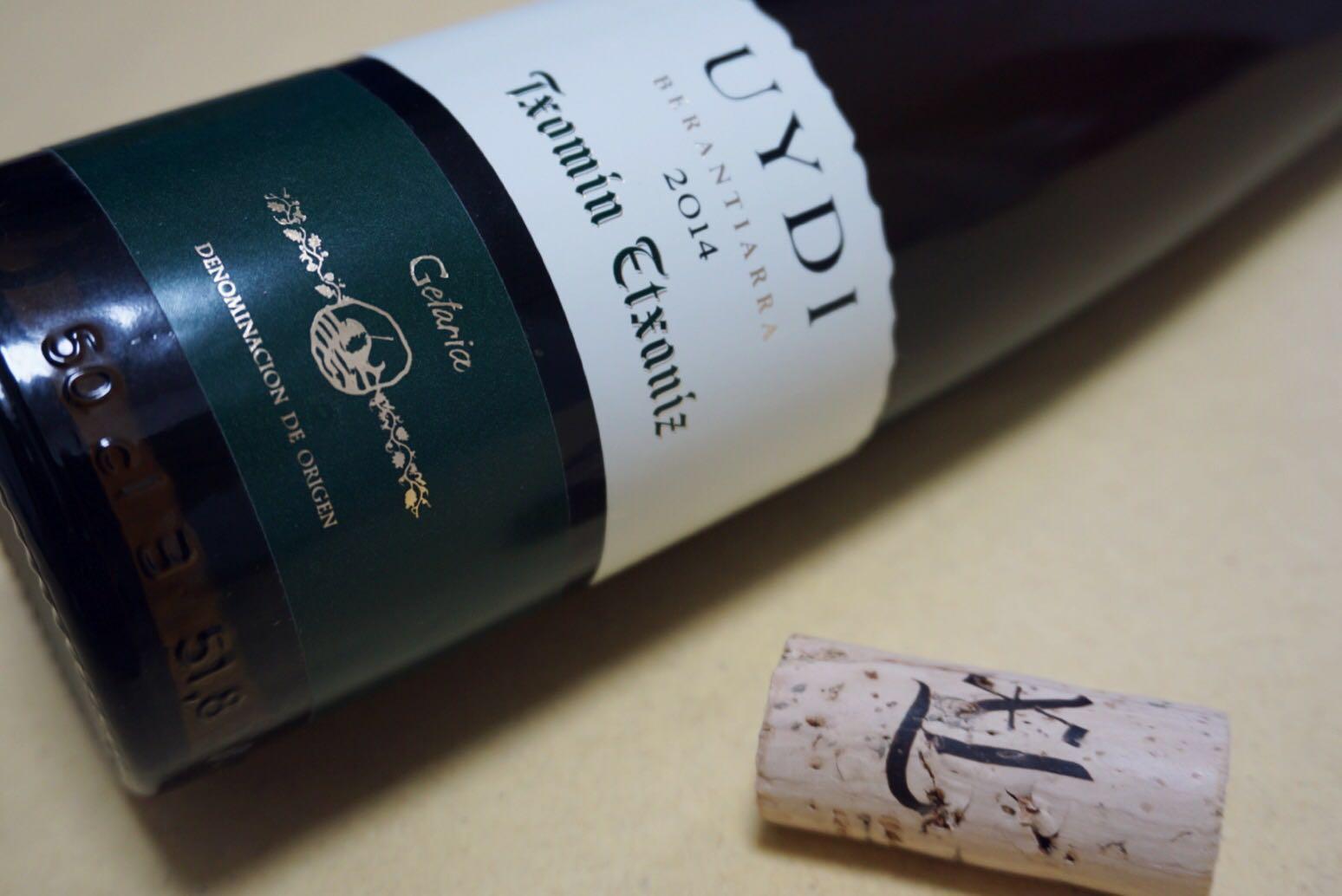 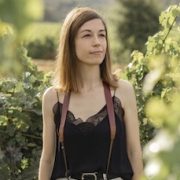 This is by far my favorite Txakoli (pronounced “chak-o-lee”) of all and that’s saying a lot considering I’m from San Sebastián, where we drink this refreshing-effervescent wine all year round, even with meat as it’s tradition in the Basque Country.

Txueka-Etxaniz family state is located in the heart of Getaria, a small fishing village nearby the photogenic San Sebastián city in the northern Atlantic coast of Spain’s Basque Country. With the cold winds blowing across the streets, this is a land dominated by fresh seafood and cold white wine. 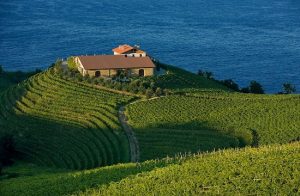 Among 35 terraced hectares of native grape varieties, this family run winery has kept the tradition of making Txakoli for generations. All their wines are made under “Getariako Txakolina” style, which is the oldest and largest of the three separate txakoli D.O (Denominación de Origen).

These Basque Country indigenous varietal grapes; Hondarribi Zuri and Hondarribi Beltza, are grown on pergola system with the aim of achieving greater sun exposure and ventilation, plus avoiding rot, mildew and disease (recurring problems in such wet conditions). Both grapes need humid conditions and a soft very rich in mineral soil making them the perfect match for the Atlantic environment. 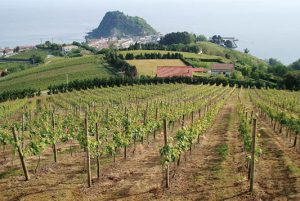 Even though Txakoli wine has been produced for centuries – it is well known that Basque whale hunters used to bring it to their expeditions together with cider– modern winemaking techniques are now employed to avoid oxidation. Always on the top ten list of Txakoli producers, Txomin Etxaniz is one of the oldest (with records dating back 1649 relating them to wine production) and also the biggest.

Grapes are hand-harvested usually during the first weeks of October to send them as quick as possible to the winery, where they are selected and cooled to very low temperatures with an inert gas blanket to preserve its remarkable delicacy. After a very gentle pneumatic pressing in an inert atmosphere they receive temperature controlled fermentation with native yeast in stainless-steel tanks where low temperatures are kept and CO2 is created. Then the new made wine is preserved in contact with lees during several months until bottling.

The carbonation is 100% natural and it is the result of the fermentation itself. As the must is covered by a layer of nitrogen, the CO2 created by the process has nowhere to go so it is absorbed by the wine. 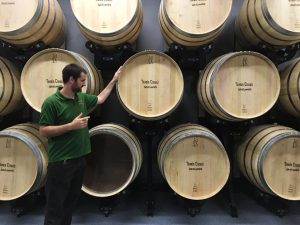 Getariako Txakolina is consumed young and shares a lot of characteristics with Albariño from Rias Baixas and Vinhos Verdes from Northern Portugal. Clean, mineral and delicate Atlantic wines with crisp juicy acidity and a fizzy hint.

Txomin Etxaniz produces a variety of wines, from the most traditional Txakoli which is the house signature; very lively wine, full of freshness and minerality, with lemon and green apple flavours. To a rosé wine that is a great hit in the US market; softer and with richer mouthfeel with earthy and strawberry notes. They also have a very interesting traditional method sparkling called Eugenia with chalky mineral notes, well integrated bubbles and sharp lemony acidity. As forerunners of more innovative winemaking methods in the Basque scenery, they are producing a late harvest Txakoli called Uydi, slightly sweet with honeyed and orange notes. As well as a wine aged in small French Acacia barrels. 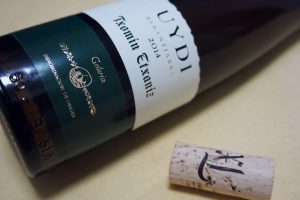 When visiting this winery (I urge everyone to do so) there are few things that you will keep forever in your memory; breathtaking unique landscape, proximity of the owners and above all, those amazing anchovies made by the family for self consumption. Fun fact: Mikel Chueca, one of the family members, told me they are very proud of their home made anchovies but also a little bit annoyed because people always leave talking about them instead of the wines!