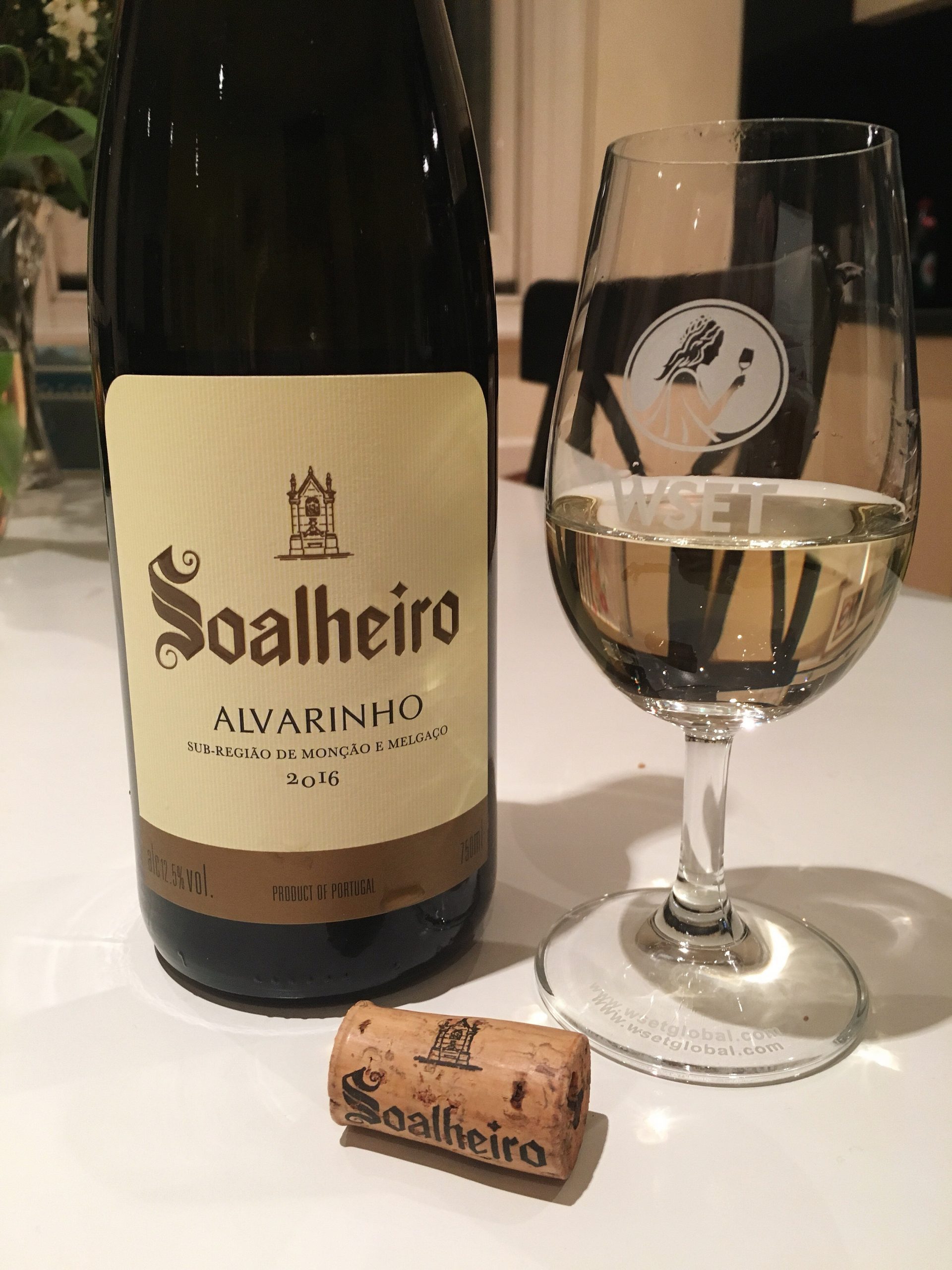 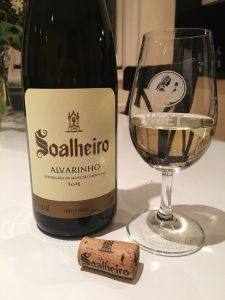 This week I sampled a pleasantly easy-drinking 2016 Alvarinho from Soalheiro in Monção e Melgaço.
Found in northwestern Portugal, Melgaço is home to some of the first single-varietal contemporary Portugese wines. Though the presence of Alvarinho in Portugal (Albariño in Spain) dates back as far as the 12th century, it wasn’t until Rías Baixas popularised single-varietal Albariño production for export in the 1980s that producers in Portugal looked to do the same.
So goes the story of João Antonio Cerdeira, who planted his first Alvarinho vines in 1974 and eventually created his family-run winery, Soalheiro, in 1982. The winery is now run by a full team, including João’s son and chief winemaker, António Luís, and João’s wife and original co-founder Maria Palmira. João’s daughter also plays a key role in production, having brought the winery around to fully organic viticulture in 2004.
While I’m not sure that you can taste the difference that organic viticulture has made in this instance, what is apparent is how the unique microclimate of Melgaço has influenced the wine. Protected by hills giving it long, hot days and cool, crisp evenings, Melgaço is able to produce grapes that yield vibrant fruit flavours yet retain a wonderfully refreshing level of acidity.
Pale lemon in appearance, this Alvarinho had a lively but light nose, which smelled of fresh green apples and lemon juice, with just a touch of elderflower. The palate was much the same, but had a little bit more texture with a subtle element of grapefruit. While it wasn’t exactly what one would call complex, it was extremely refreshing and pleasant to drink, with just enough interest from the grapefruit and elderflower elements to keep it from feeling ubiquitous. And, to pair with a quick weeknight supper, this was absolutely the wine to pick. 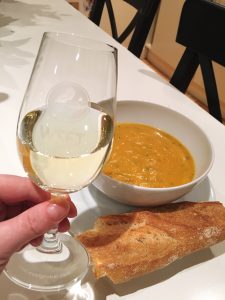 I had an extremely hectic work week, so this Alvarinho was paired with a carrot and coriander soup
that I whipped together after arriving home late from work. Neither element of this pairing overpowered the other, and the mild floral element of the Alvarinho combined really nicely with the hint of sweetness from the carrots. The wine is also excellent value, retailing for around £13 ($18 USD). While perhaps not the most inventive pairing, Soalheiro’s Alvarinho was a light, easy touch alongside my soup after a hard days’ work.