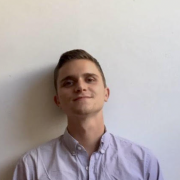 Five Black-Owned Wineries You Should Know

At the base of the Sierra Gorda mountains, in the highland state of Querétaro, are many sights emblematic of central Mexico. Wide open landscapes that sit between six and seven thousand feet of elevation are flanked by mountains and bisected by jacaranda trees and nopales, or prickly-pear cactuses. The pueblo mágico (“magic town”) of Bernal is a destination for rock climbers, due to its large rock monolith, the Peña de Bernal.

But drive south towards the other pueblo mágico of Tequisquiapan, and you’ll encounter a surprise: nearly 30 vineyards call this in the region home. This, according to conventional viticulture, should be impossible. Most wine regions in the world are between thirty and fifty degrees of latitude: in North America, this area roughly spans from Baja California to Vancouver. But Querétaro sits at a latitude of around 20 degrees north. Usually, this would make it difficult—or at least undesirable—to grow grapes there. The fact that Querétaro sits ten degrees latitude further south than the supposed southern boundary of wine production makes it the southernmost major wine region in the northern hemisphere.

It is due to the high altitude and mild climate that grapes thrive. The altitude produces thicker skins because of the increased exposure to solar radiation, and the calcium-rich clay soil encourages higher acidity. The association of Querétaro wine producers, which represents 27 vineyards in the region, characterizes the state’s wine production as “extreme viniculture.”

The Spanish colonists planted some of the first wine grapes in New Spain here in 1531. But for hundreds of years, wine production was fragmented if it existed at all, because of various prohibition laws and a lack of infrastructure. In the 1970s, however, some companies spied an opportunity. They realized that the region could support wine production, because of the semi-arid and high altitude climate and its proximity to Mexico City. In 1975, the Viñedos La Redonda set up shop in the region, and soon after, in 1978, the Spanish Cava producer Freixenet chose to expand to the area, as well.

After a few short years of growth, Mexico signed onto the international General Agreement on Tariffs and Trade (GATT). This led to an influx of cheap wine imports from Europe and South America and was a disaster for the fledgling wine producers of Mexico. GATT caused dozens of producers to close and led to the loss of 3,200 hectares of vineyards in Querétaro alone. Wine also had trouble finding a foothold in the palates of a country where mezcal, beer, and pulque have long claimed more fans.

Despite this, production is slowly expanding and tastes are changing. In the early 2000s, wine production in Mexico started to bounce back, with the region of Valle de Guadalupe in Baja California leading the pack. Between 2006 and 2016, production grew in the country as a whole by almost 12% annually: a radical, and sustained, increase. However, as of 2016, only around 20% of Mexican wine is exported—meaning that it can still be hard to find outside of the country, especially from lesser-known regions like Querétaro.

Today, Baja California produces between 75% and 90% of Mexican wine. Other regions have tried to compete, such as Aguascalientes and Coahuila. But it is Querétaro that, after years of floundering under GATT, now stands in second place behind Baja California in terms of hectares and number of vineyards in Mexico.

The region’s heritage, thanks to those first producers in the 1970s, is still vino espumoso (literally, “foamy wine”) in the style of Spanish Cava. For that purpose, vineyards grow Spanish grapes such as Xarel·lo, Macabeo and Parellada. But recently, there has also been a push into red wine, using Tempranillo, Malbec, and Cabernet Sauvignon, as well as some experimentation with other whites like Chardonnay in specific microclimates, like that at Cava 57 near San Juan del Rio.

The pandemic was another challenge for the vineyards, who have been buoyed by government initiatives that highlight the culinary production of the state. But there are signs of hope. Between May and June 2022, for the first time since 2019, Tequisquiapan is also hosting its trademark wine and cheese festival.

In Mexico City, you can find wine from Querétaro at world-renowned restaurants like Pujol, in the trendy Polanco district. There are also several wine stores that focus on domestic wine, such as La Contra in Roma Norte.

It’s still unclear to what extent Querétaro will break into the international wine scene. But for now, its unique climate and bold producers point to a bright future.